How to Have a Long Weekend in Nanaimo

Nanaimo, British Columbia, is on the east coast of Vancouver Island, situated on the Georgia Strait directly across from mainland British Columbia. Like the rest of the Island's eastern side, Nanaimo has mild year-round weather, pristine sandy beaches, and stunning views punctuated by 1,006-metre Mount Benson and the spectacular Coast Mountains.

The "Harbour City" is so charming and relaxed that it feels like a remote location. However, it's just a couple of hours from Vancouver, providing a wonderful respite from the hustle and bustle of city life. Because there are so many things to explore and activities in Nanaimo, it's easy to remain safe and socially distanced while still enjoying a long weekend getaway - when health orders allow.

Nanaimo's picturesque Harbourfront Walkway is adjacent to downtown, and both are lined with independent shops, restaurants, galleries, and more. Each one reflects part of the city's history and culture, which developed primarily around coal mining and fishing. Just strolling around is one of the best things to do in Nanaimo, as visitors get an authentic feel for the Harbour City: there are fishermen, seals nap and play in the harbour, seaplanes land and take off constantly, and no one is in a hurry. Spend an afternoon wandering from place to place, stopping to shop or have a snack, and be sure to check out the Nanaimo Museum and iconic three-story Bastion.

One of the biggest Nanaimo attractions (for visitors and residents alike!) is the city's expansive coastline. In fact, it's one of the longest in all of Canada! Fortunately, there are several beautiful waterfront parks to allow people to enjoy and explore it.

If you're looking for things to do in Nanaimo, head to 36-acre Neck Point Park. There are four distinct swimming beaches – Sunset, Indian, Finn, and Last Beach –tucked into coves, tide pools to explore at low tide, and walking trails with interpretive signs detailing the local plants and wildlife. It's not at all uncommon to see otters, sea lions, and even orcas. Unsurprisingly, Neck Point Park is also popular with scuba divers.

This park is just a short drive from downtown but is largely undeveloped, making it feel as if you're tucked away somewhere remote. It's situated at the mouth of the Nanaimo River and has sweeping views of Gabriola and Protection Islands, plus downtown. There's a 2.5-kilometre loop trail connecting Biggs Park and Jack Point. Along the trail, visitors will pass through fascinating natural sandstone features that look like caves. 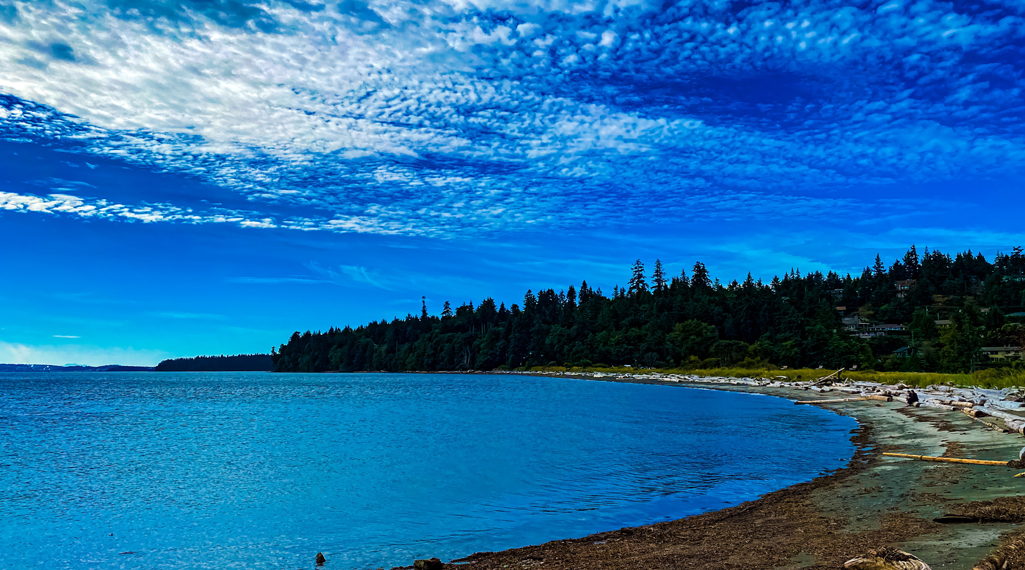 Watching the sunset and sunrise should top any list of things to do in Nanaimo, and Pipers Lagoon is widely considered one of the best viewpoints. This small park near Departure Bay just north of downtown is wildly popular with sea kayakers and boaters because of its easy access to the Georgia Strait. If you're looking to "get away from it all," the secluded beaches and many tranquil hiking trails here fit the bill.

Tucked into a residential neighbourhood, this park truly is a hidden gem. A long and winding but well-maintained 1.77-kilometre trail runs alongside Northfield Creek and passes by a waterfall, ultimately ending at a scenic pebble beach near the ferry terminal in Departure Bay. The trail features varied terrain, boardwalks, and staircases, and leashed dogs are welcome.

Locally referred to as "Saysutshun," Newcastle Island is one of the top Nanaimo attractions. It's accessible only by seasonal ferry or boat and is a 10-minute trip from Nanaimo. The island is part of the formal Traditional Territory of the Snuneymuxw First Nation, and visitors can see ancient village sites and what remains of the local fish saltery and coal mines. There are also several beaches and approximately 17.5 kilometres of hiking trails that allow you to circle the entire island.

Take a hike or stroll

There are over 170 kilometres of trails in and around Nanaimo, with terrain ranging from paved sidewalks to rugged backcountry. Thanks to the mild coastal weather, you can get outside and enjoy Nanaimo's extensive trail system year round.

For those looking for leisurely things to do in Nanaimo, head to Westwood Lake Park at the base of Mt. Benson. A 5.5-kilometre trail circles the lake, with several shorter loops accessible if you don't want to do the whole length. Leashed dogs are welcome.

Named for the abundance of ammonite fossils that have been found here, this hike is a short and sweet 4.5 kilometres. The natural falls are estimated to be a few hundred million years old and can be accessed from the Nanaimo Parkway all year-round.

This urban walkway is paved and well-lit, running along Nanaimo's harbour from the Nanaimo River Estuary to Departure Bay. There are multiple access points, so it's easy to walk as much or as little as you'd like. Since 2017, the city has been actively expanding the walkway. 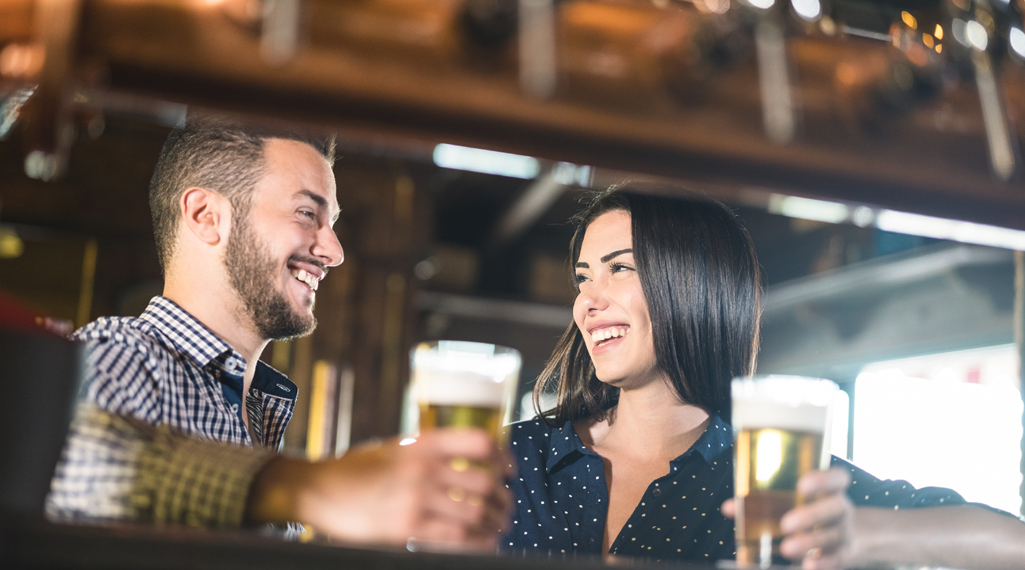 One of the best things to do in Nanaimo this weekend is support local businesses. Many Nanaimo restaurants are open for dine-in and takeout, and there are some incredible options.

Coffee is serious business here, so the aptly-named Serious Coffee is a can't-miss. Gina's Mexican Cafe, self-described as "a tacky but friendly place," is a local institution that's been serving the community since 1984. Unique among Nanaimo attractions is the Dinghy Dock Floating Pub, the only one in Canada.

Finally, the Nanaimo Bar Trail is a must. It's not what you think: Rather than pubs, "bar" refers to the eponymously-named dessert made of layers of yellow custard, chocolate ganache, and a crumb crust. There are more than 30 stops on the trail and maps are available at the Nanaimo Visitor Centre. 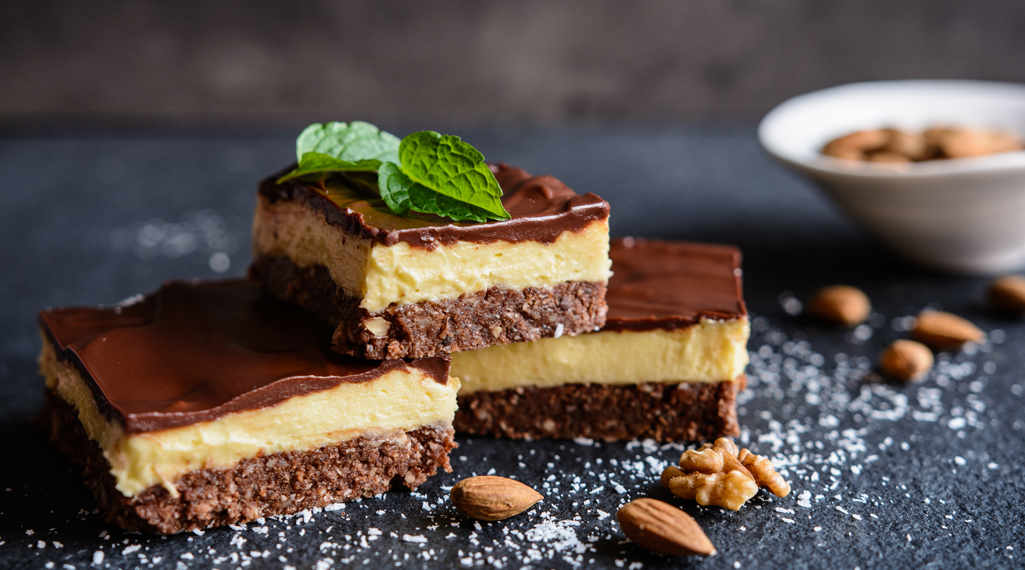 Where to stay: Coast Bastion Hotel

Located in the heart of downtown, the full-service Coast Bastion Hotel allows you to take full advantage of all the best things to do in Nanaimo. Enjoy panoramic ocean views and being within walking distance of numerous Nanaimo attractions, including the ferry, Harbourfront Walkway, and dozens of shops and restaurants.

View All
Previous Next